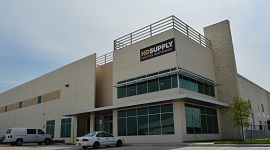 This project is located in north Houston at the southwest corner of Interstate 45 and Beltway 8 in the Pinto Business Park.  Greens Crossing Tract A is a 600,000 square foot, cross dock warehouse with a 32-ft clear height which 500,000 square feet of the building was to be leased by HD Supply.

Given the length of the building is over 1300 feet, two expansion joints were required to mitigate distress placed on the structure with seasonal temperature changes.  Since the majority of the building was leased prior to the completion of construction drawings, we were able to coordinate the brace locations with the tenant to provide an additional degree of economy to the structural system. Four interior K-braces were used for the interior lateral frames which are a must less costly as compared to knee braces and moment frames.  The corner entries of both of these buildings featured a 48ft tall fin wall which cantilevers both vertically and horizontally.  Close coordination with the architect and general contractor through all phases of the project allowed for completion of the building to be accomplished in only eight months.

The perimeter of the structure consists of tilt-wall panels that serve as load-bearing and lateral elements.  The panel thickness varied between 9.25" and 11.25" depending upon applied loads and unbraced height.  The single slope roof structure was made up of joists and joist girders supported by HSS columns.  Dock levelers built into the slab we included at approximately 25% of the overhead doors. Cast-in-place retaining walls and ramps were included on both sides of the cross dock warehouse. 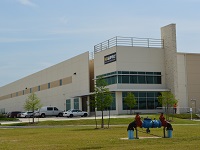 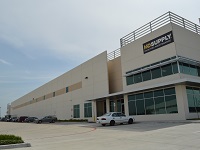 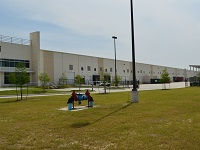 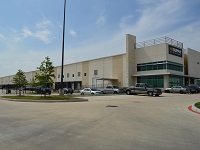 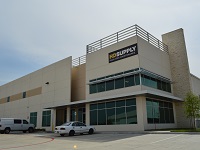 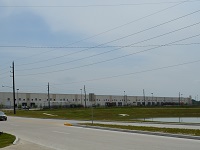 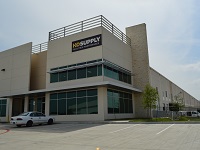 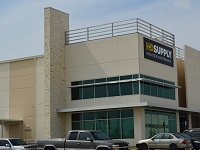