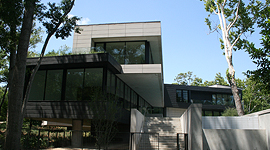 This structure is located at the end of a narrow residential road on the banks of Buffalo Bayou. There are two conditioned levels, with the first floor approximately level with the street. The basement walls supporting the first floor are made up of reinforced concrete and vary in height, as the finished floor of the basement slopes relative to the existing grades of the bank of the bayou. The finished exterior of the building is primarily precast concrete and structural cast-in-place concrete with metal panel accents. There are numerous cantilevers incorporated into the structure, the largest of which is twenty feet. Green roofs are located on two of the balconies. The main structure is attached to the garage via a cast-in-place concrete bridge.

This residence was featured on the 2012 AIA Houston home tour.

Below are links to articles about the house and the tour:

The structural challenges began at the foundation. In order to avoid loading the existing bank of the bayou, the entire building is structurally supported on drilled concrete piles, some of which are founded more than sixty five feet below the first floor. The grade beams span between the piles and vary in elevation relative to the existing grade. The foundation design also included structural support of a swimming pool. From there the challenge was to determine how to frame the rest of the structure, as it cantilevered over the basement walls in varying directions and distances all the way around the structure. The entire north end of the building is supported on a lone concrete column. The first level cantilevers over this column to the east, while the second cantilevers over the first level to the west, with the mass of the structure balancing itself out over the top of the concrete column. The stair tower has a similar condition, where a seventeen foot cantilever on the second level is balanced out by a twenty foot cantilever on the first level. This was accomplished with steel framing hidden in the walls and between floors that had to allow for openings in the framing to the stairs at each level. Another complication was the limited space between the floors and the roof structure for mechanical and electrical ducts and conduits. In order to allow for their installation, holes had to be cut in the webs of the steel beams in numerous locations around the structure. The webs had to be reinforced and placed where structurally acceptable while still providing enough openings for what was needed.

Unlike most residences, the framing of this structure was made up completely of structural steel and concrete. Due to structural demand that was going to be required at the upper levels, structural steel was chosen for the framing system, as no other material could have been used under the constraints that were dictated architecturally. The first and second floors were framed with composite steel beams and the roof was all made up of steel framing. Composite framing was also used at the second floor of the garage structure, with bar joists and steel beams used in the roof. The bridge joining the garage and main structure is made up of cast in place structural concrete.

This residence was featured on the 2012 AIA Houston Home Tour. Below are links to articles about the house and the tour: 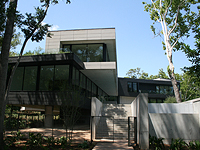 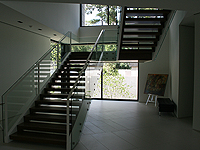 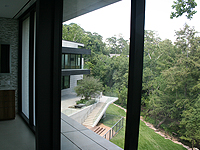 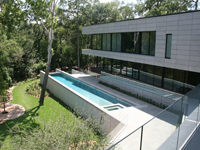 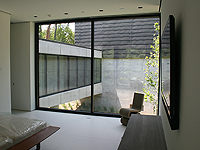 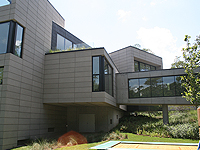 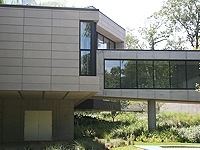 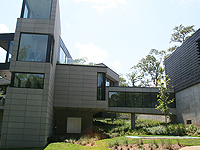 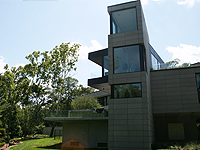 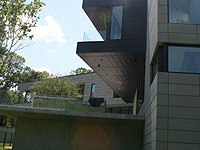 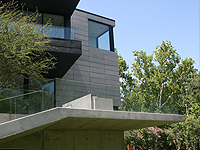 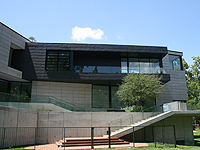 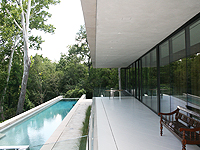 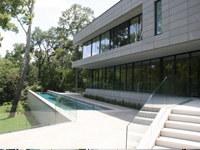 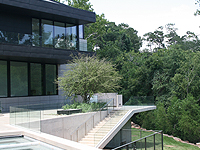 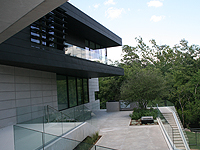